The Genetics of Adoption

By Brittany of Que and Brittany's Adoption Journal 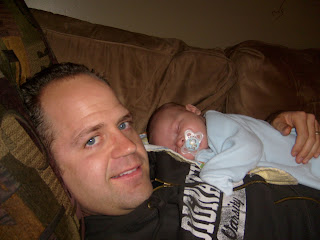 When you have an adopted child, lots of people will want to tell you the following things:

I've had many many people tell me that Liam looks like Que.  I don't see it.  And at first I wondered if people were just telling me what they thought I wanted to hear. (If that's not why you told me that, I apologize, and please don't be offended.)

But then I started to think about the notion of Liam having Que's eyes. 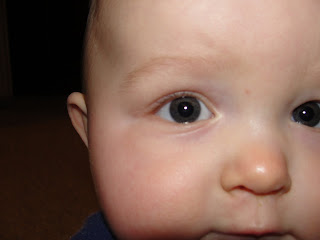 And I agree.  No really.  I do.
Liam has Que's eyes.
And I have photographic proof. 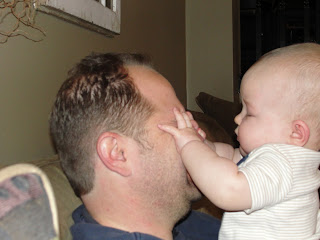 And sometimes Liam even has his nose. 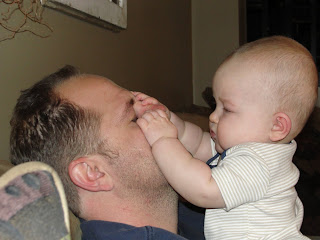 Ah, the genetics of adoption.  :)
Maybe I'll put that in his baby book. 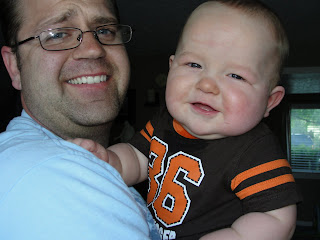 Email ThisBlogThis!Share to TwitterShare to FacebookShare to Pinterest
Labels: By Brittany

We have 3 adopted children and 1 biological...I was one of those who somehow got pregnant right after our oldest 2 were adopted.

We are constantly being told how much our children look alike. And they do to an extent. However, to be perfectly honest it's really their mannerisms that they've gotten from us that make them appear so much alike. I find it interesting that people feel the need to tell me that my children look like me. I don't need that validation. Truthfully I very rarely remember that they are adopted. It's a fact of life for us and we are blessed to have them as part of our lives. They are our children and it just doesn't matter.

Your son is adorable by the way! 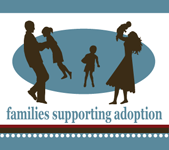